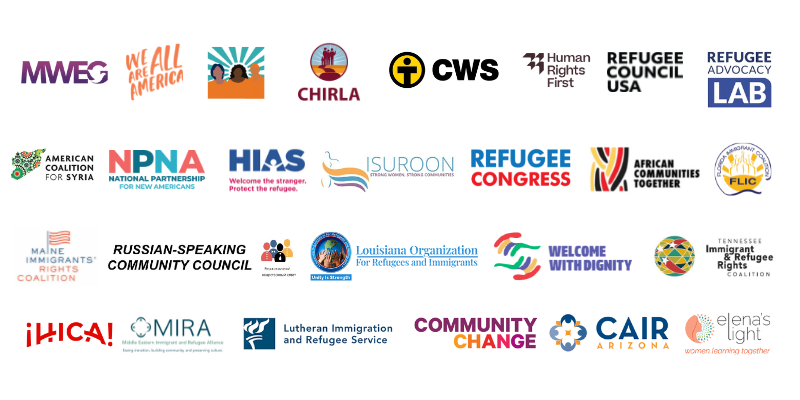 Ahead of the One-Year Anniversary of the Afghanistan Evacuation, Refugee Leaders and Advocates Urge Congress to Take Action to Continue Protecting those Fleeing Violence & Persecution

Washington D.C. -  Ahead of the one-year anniversary of the fall of Afghanistan, former refugees and supporting organizations will meet with members of Congress next week to advocate for the rights of refugees and asylum seekers. The meetings are part of Refugee Advocacy Days, led by We Are All America and its partners, bringing former refugees and immigrants to the U.S. Capitol to share their stories, challenge misconceptions about people seeking refuge and protection, and demand humane asylum policies and an immigration reform.

The visits will take place from Aug. 22 to Aug. 26. Some of the policy requests participants will present include:

Amidst multiple refugee crises, including the war in Ukraine and the first anniversary of the Afghan evacuation, many politicians continue to distribute hate rhetoric, spread xenophobia, and advocate for keeping harmful anti-immigration policies like Title 42. Several members of Congress have consistently advocated for anti-asylum policies that prevent countless refugees from starting their legal asylum process.

“Through these meetings, former refugees and advocates intend to bring the human side of their stories directly to members of Congress to ensure that these leaders understand first-hand the horrors many migrants face in their countries of origin. It is essential to show how xenophobic rhetoric and the anti-immigrant agenda put vulnerable migrants in danger and incite violence against minorities and marginalized communities across the country. Now, Congress must meet face-to-face with their constituents who were once in the shoes of the very population that they are currently fighting. These constituents will share testimonies about life-threatening realities that they endured as former refugees to highlight the urgent need for a humane immigration system,” said Basma Alawee, National Campaign Director of We Are All America and former refugee from Iraq.

In the past year, people across the country have mobilized to welcome refugees from countries devastated by war and other humanitarian crises, including Afghanistan and Ukraine. While the majority of the American public favors pro-refugee and pro-immigrant policies, prominent elected officials have stood in the way of making these policies a reality.

“We Are All America is proud to engage in its first refugee and immigrant-led advocacy days during the August recess. Inspired by the leadership of Refugee Council USA, which hosts yearly advocacy days, many of us, refugee leaders, have seen first-hand the disparities of welcome between our own experiences and those currently seeking refuge. The Refugee Resettlement Program and asylum protection system saved my life and continue to be a lifeline for many others. Our elected officials must prioritize humanitarian protections for refugees and asylum seekers,” said Nejra Sumic, National Field Manager and former refugee from Bosnia and Herzegovina.

Participating organizations during the Refugee Advocacy Days include:

“Our personal stories will clearly depict the fear, danger, struggles, and uncertainty of safety of what we once knew to be home, and the journey to an America that represents hope, freedom, and opportunities. No person living under conditions of extreme duress should be penalized for aspiring and fighting for a better life and for wanting to contribute to the country that is making it possible. I look forward to sharing some of my experiences, to open the eyes of those in power,” said Fereshteh Ganjavi, former refugee from Afghanistan, founder and executive director of Elena’s Light.

We Are All America (WAAA) is a Campaign led by refugee and immigrant grassroots organizations housed at the National Partnership for New Americans (NPNA), who work to uphold and strengthen our nation’s commitment to welcome and protect those seeking refuge in the United States. Our work is organized around three core pillars: Promoting inclusive state and local policies; Strengthening our federal protection systems; and, at our core, Opportunity for All, which centers the leadership of refugee & immigrant organizers.