Understanding the Crisis Beyond the Border 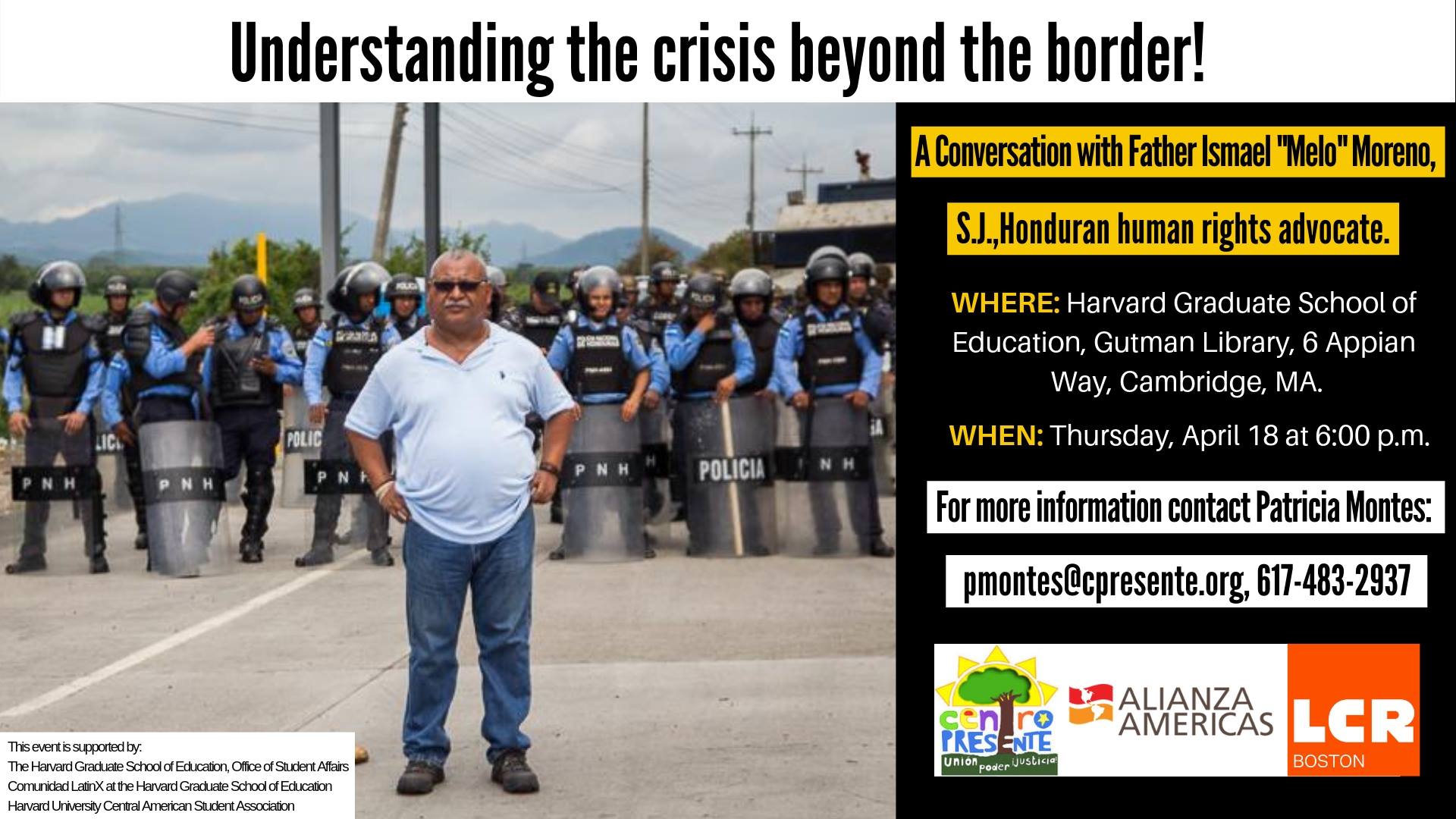 Understanding the crisis beyond the border!

The goal of this event is to raise awareness of the deep crisis that Honduras is experiencing under the current authoritarian regime and its connection to the mass migration of thousands of Hondurans through caravans to the United States.

Father Moreno is the director of Radio Progreso, a Jesuit-run radio station featured in the America documentary "La Voz del Pueblo." He is also the Director of the Reflection, Investigation and Communication Team (ERIC), a Jesuit social action and policy center.

Honduras is one of the most violent countries in the world. In 2009, Honduras experienced a coup d’etat. A direct result of this coup was the escalation of systemic human rights violations in Honduras.

In November 2017, Honduran President Juan Orlando Hernandez was re-elected to a second term in direct violation of the Honduran Constitution which limits presidents to one term. According to Amnesty International, in the immediate aftermath of the election Honduras has experienced escalating repression and instability: 192 demonstrations were repressed, 38 people were killed by the Honduran army, 76 people were victims of torture, 24 people were incarcerated as political prisoners, and 73 human rights defenders were victims of threats, intimidation and persecution.

Father Melo and his team at Radio Progreso and ERIC have been documenting and speaking out against human rights abuses in Honduran. As a result, they have received constant death threats. Father Melo will be discussing these concerns in Boston as part of this Social Justice Tour.