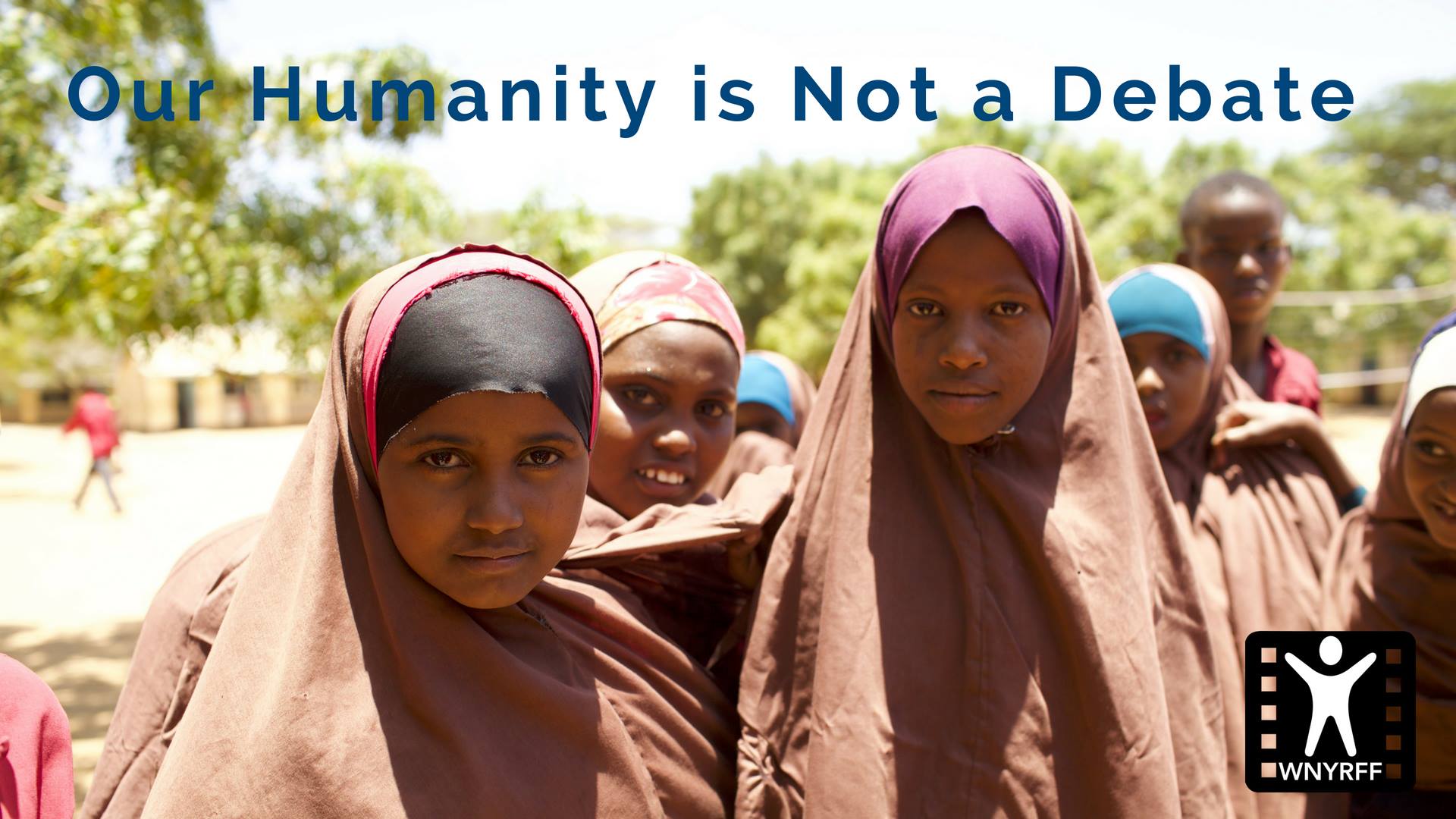 Join us for our first annual WNY Refugee FIlm Festival! WNYRFF: "Our Humanity Is Not A Debate", an unforgettable cinematic experience to benefit the programs at Journey's End Refugee Services. Film Festival Packages are on sale now at www.wnyrff.org.

"Warehoused: The Forgotten Refugees of Dadaab" explores the plight of long-term refugees through a glimpse into the lives of those living in Dadaab, Kenya, one of the world’s largest refugee camps. We see the camp's inner workings through refugees’ personal stories and the journey of one man, Liban, to do everything in his power to provide for his family. An estimated 12 million people live in refugee camps worldwide and only 0.1% are resettled, repatriated, or integrated into their host society each year. The feature-length documentary accentuates eloquently and powerfully the much larger problems that long-term refugees have faced over the course of history, culminating in our global refugee crisis today. This extraordinary documentary, which is premiering in Buffalo, was funded in part by a Kickstarter campaign.