Jumah and Press Conference - We Are All America 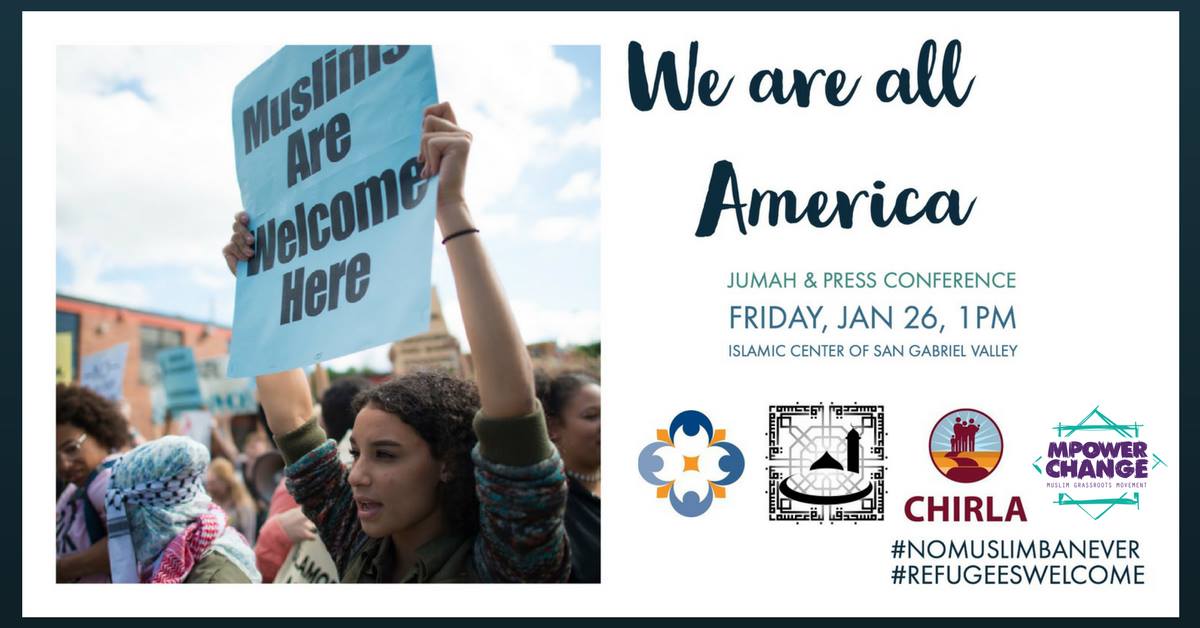 Since that time, the administration has increased its assaults against immigrants, refugees and Muslims. We have seen multiple additional bans on people from Muslim-majority countries, the dismantling of the U.S. refugee resettlement program and the rescinding of Deferred Action for Childhood Arrivals (DACA) and Temporary Protected Status (TPS) for hundreds of thousands.

Join us as a part of the nationwide #WeAreAllAmerica campaign, a wide ranging coalition of refugee and immigrant advocacy organizations denouncing the Trump administration’s anti-Muslim and anti-immigration policies. On the one-year anniversary of the Administration’s Muslim and refugee ban—We stand as a united as a national coalition declaring #NoMuslimBanEverand that #RefugeesWelcome