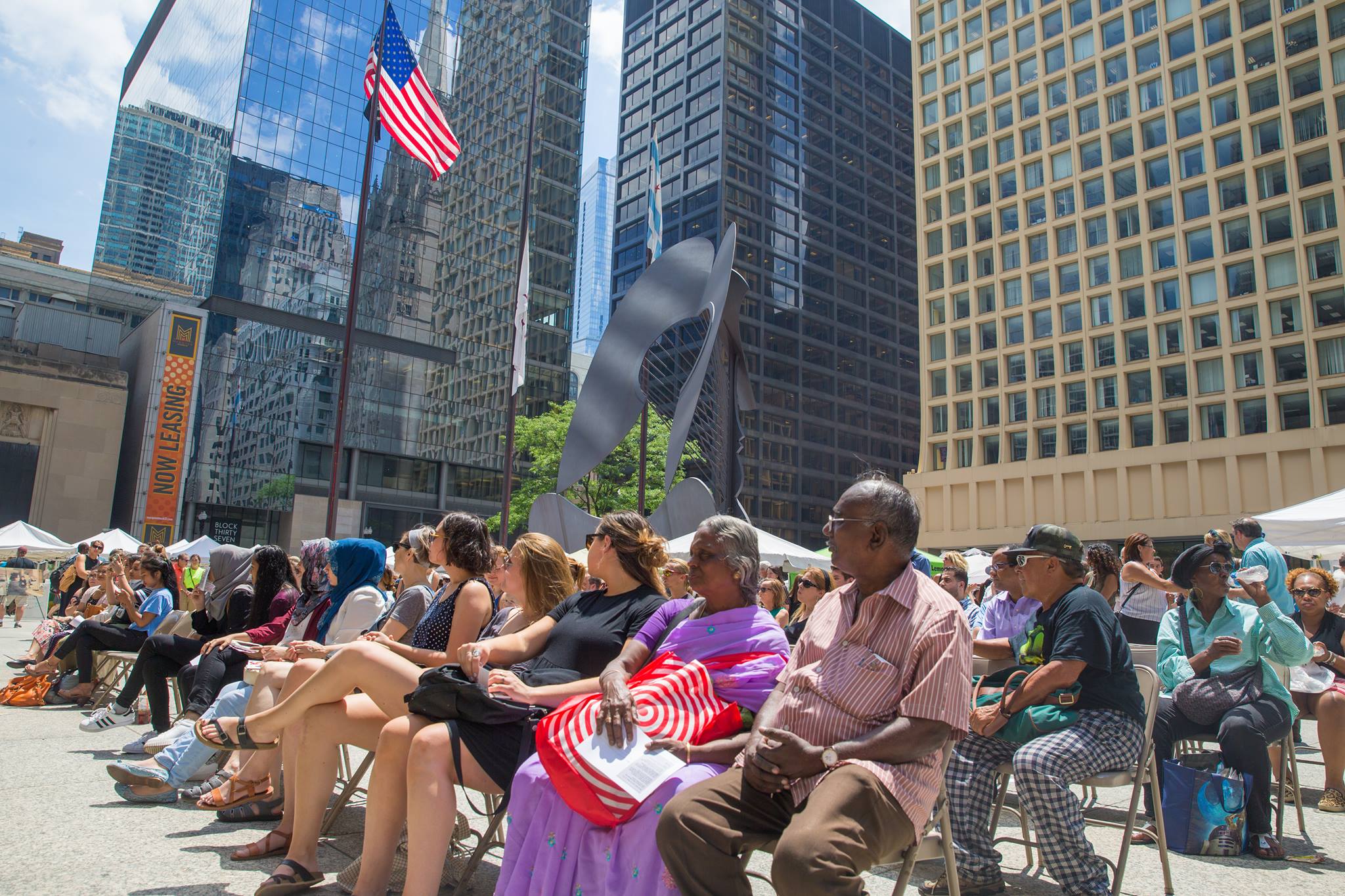 Join ART WORKS Projects at Chicago's World Refugee Day celebration at Daley Plaza. This event recognizes Chicago's rich multicultural history through music, dance, food, art, and more. AWP will show photographer Maren Wickwire's 2016 project "I miss you all." that explores the nuance of the resettlement process for refugees (both recently and previously settled in Chicago) from Syria, the Republic of Congo, Iraq, Laos, and Cambodia.

Photo: Omer Boussoukou proudly shows his new American passport in the shadows of the American flag. Omer sits in his office space, awarded to him by the Ethiopian Community Association of Chicago (ECAC), a mutual aid society supporting immigrants, refugees, and asylum seekers in Chicago. Boussoukou and his wife fled the fighting in the Republic of the Congo in 1998 and walked 30 days to Gabon, where they lived as refugees for the next 10 years and grew their family to include two daughters. The family of four was resettled in Chicago in 2008.