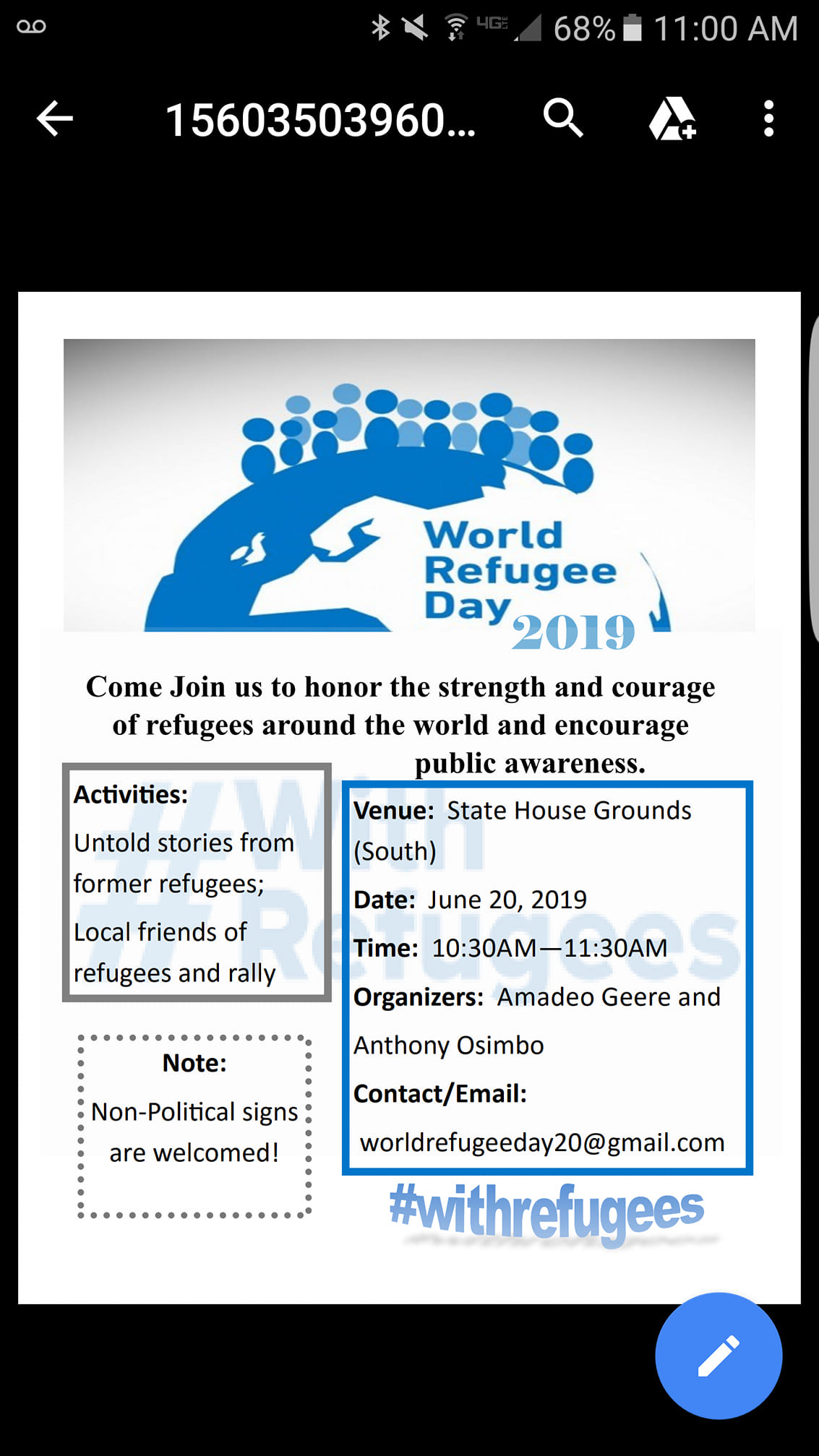 As per the data recorded by the United Nations High Commissioner for Refugees, 68.5 million individuals were forcibly displaced worldwide as a result of persecution, conflict, and violence or human rights violations by the end of 2017. 2.6 million live in refugee camps. On average, 44,400 people are forced to flee their home every day because of violence and persecution.

June 20th is the day the world observes World Refugee Day. The U.S. has a long history of providing protection and assistance to persons facing persecution and fleeing violence. As a result, S.C. has been home for many former refugees, where they have thrived and become a contributing member of society. Therefore, to commemorate the strength, courage, and resilience of millions of refugees, we are organizing this event. And, we also hope to bring greater awareness about refugees.
╲╱
South Carolina State House
1100 Gervais St
Columbia, SC 29201
United States
Map and directions