Muslim/Refugee Ban: A Year of Resistance 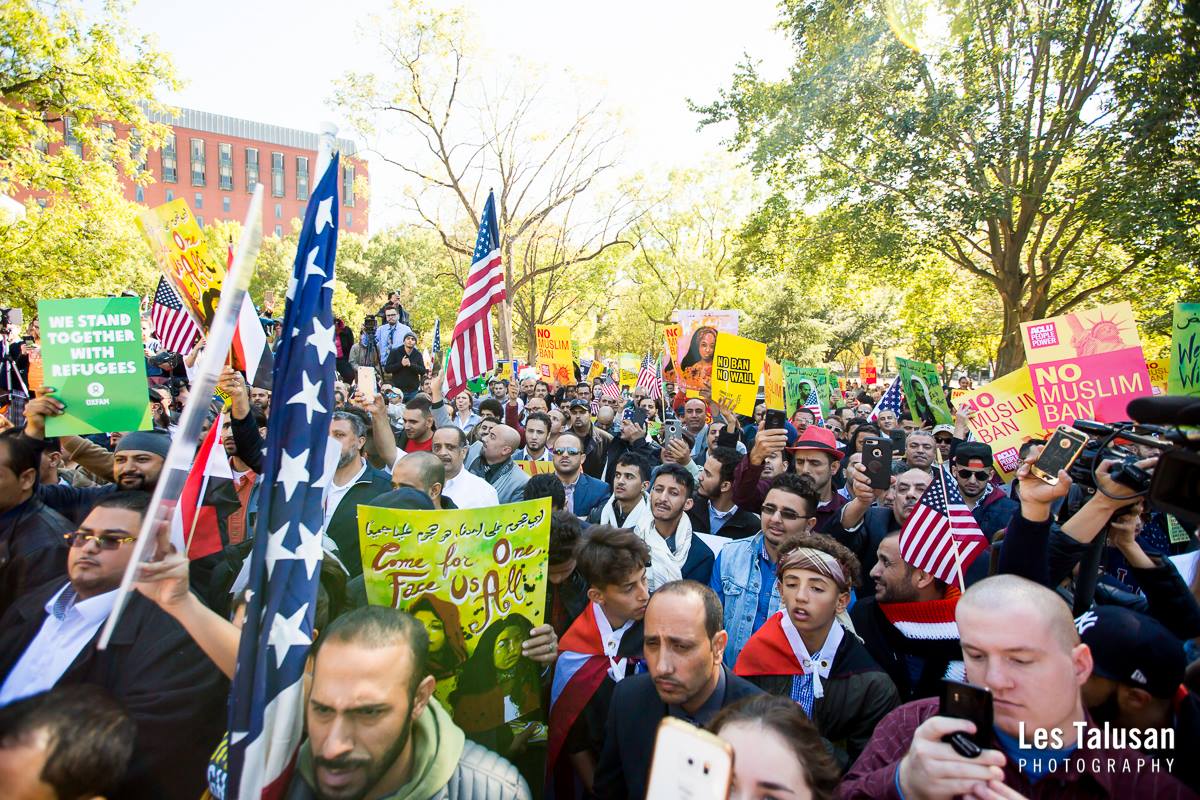 Advocates and Allies to Form Human Chain around Muslim Prayer at Rally Marking One-Year Anniversary of President Trump's First Muslim and Refugee Ban. Impacted refugees, leaders, and dozens of organizations rally in front of White House and march to CBP headquarters in protest of continued anti-Muslim, refugee, and immigrant policies.

Washington, D.C. – Hundreds will join local and national Muslim, immigrant, refugee, and civil rights organizations at noon on Saturday, January 27th in front of the White House to protest the one-year anniversary of the first Muslim and Refugee Ban and subsequent bans that have discriminated against communities and dismantled the refugee resettlement program. Impacted leaders still affected by the current bans on Muslim-majority nations will speak about family separation. Refugee leaders will protest the most recent refugee ban, which alongside other policy changes is estimated to result in only 15,000 refugees arriving this year, just a third of the 45,000 cap set by the President - the lowest in history.

WHAT: Faith leaders, Muslim-American community members, refugees, and advocates express opposition to a year of Muslim and refugee bans. Allies will form a human chain during Islamic midday prayer and march to the Trump Hotel and Customs and Border Protection headquarters.

Later in the day, we will engage in a creative visual act of protest at the Trump International Hotel with someone directly affected by the ban.

WHERE:
12:00 PM EST action:
1600 Pennsylvania Ave
The exact location of the rally is on Pennsylvania between Madison and Jackson Place NW. On the street, in between Lafayette Square and the White House.
5:45 PM EST action: Federal Triangle Metro station, 302 12th St NW, Washington DC 20004

**Please note by choosing to attend this event, you are committing to participate non-violently and in accordance with the law, to work to de-escalate confrontations with others, and to obey the orders of authorized event marshals and of law enforcement. You also acknowledge that you are solely responsible for any injury or damage to your person or property resulting from or occurring during this event, and that you release all event sponsors and organizers (and their officers, directors, employees, and agents) from any liability for that injury or damage. If you bring a bag, please do not leave it anywhere as it is a security risk and will be confiscated by police. Please bring your own water, no water bottles will be handed out.**