Basma Alawee is the current Director for We Are All America (WAAA). Previous to joining our team as a Campaign Manager, Basma was a co-chair of the Opportunity For All campaign and assisted our programming in her role as a statewide refugee organizer with the Florida Immigrant Coalition (FLIC). She is a former refugee from Iraq and a rising star in the immigrant and refugee rights movement. 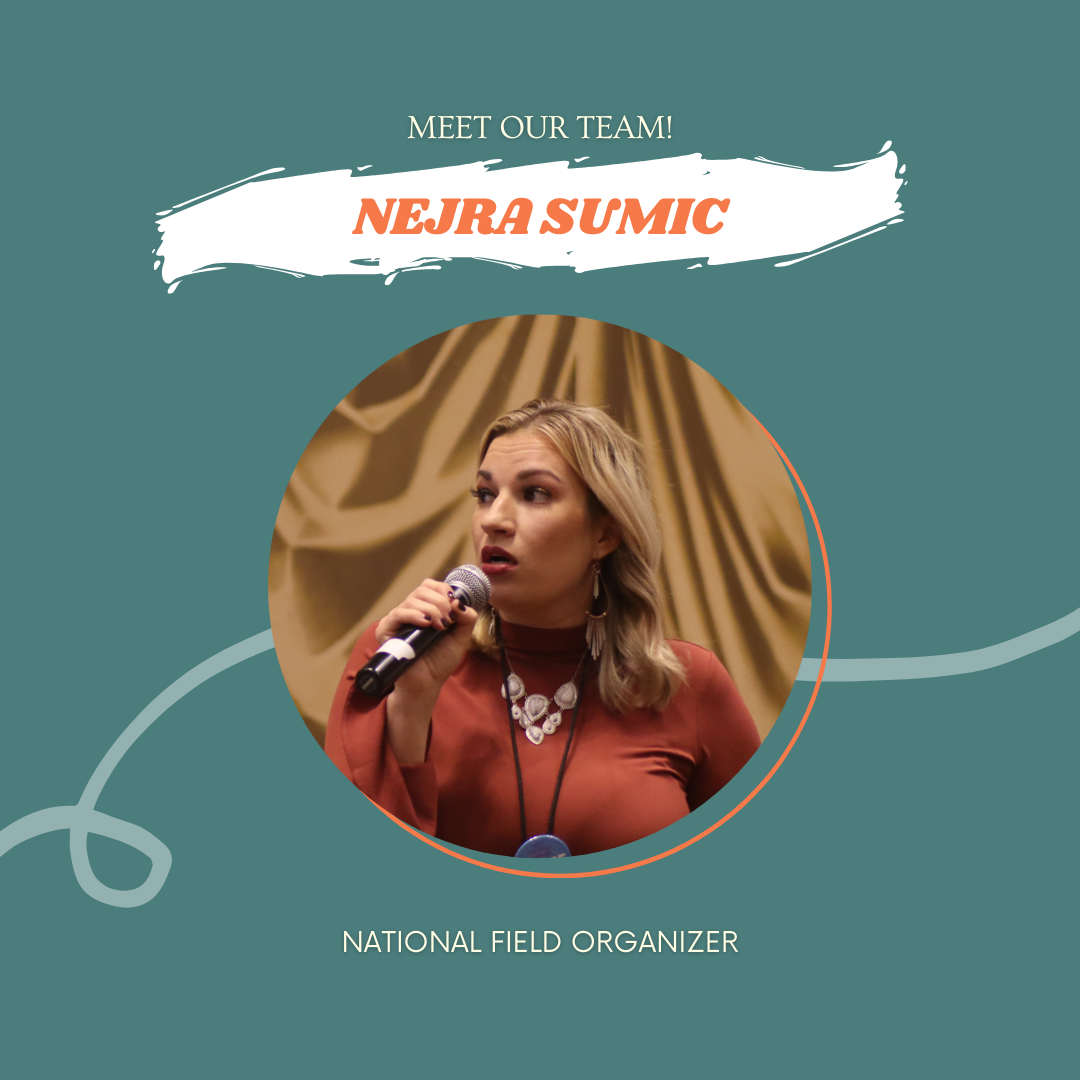 Nejra Sumic is the National Field Organizer with We Are All America, where she helps organize refugee leaders across the country.

Nejra is a former refugee who was forced to flee from her home country of Bosnia and Herzegovina. After a long and dangerous journey, Nejra and her family were granted asylum as refugees in the United States. They overcame a great deal of adversity, including adapting to a new culture and building a new life. Nejra received her Bachelor’s in Psychology at Arizona State University and a Master’s in Public Administration at Western International University. She is fluent in English, Spanish, Bosnian, and several other dialects. She has worked at various human rights organizations over the years. Nejra is the most passionate in advocating for refugees because they are helping shape our nation’s history of inclusion, bringing rich cultural diversity, and contributing to our communities.

Anahita Panahi is the Refugee Campaign Manager at the Coalition for Humane Immigrant Rights (CHIRLA), and in partnership with We Are All America. In her role, she builds grassroots support, convenes various stakeholders, sustains grass-tops leadership, and fosters welcoming practices for refugees' rights and needs in California.

Anahita received her Bachelors in International Security and Conflict Resolution at San Diego State University and a Masters in Political Science at the Autonomous University of Barcelona. As an immigrant and the product of refugees from Iran, she has always had a strong desire to help resettle refugee families in various capacities before joining We Are All America in 2018. Anahita is also the Vice Chair of the Refugee Forum of Los Angeles (RFLA). 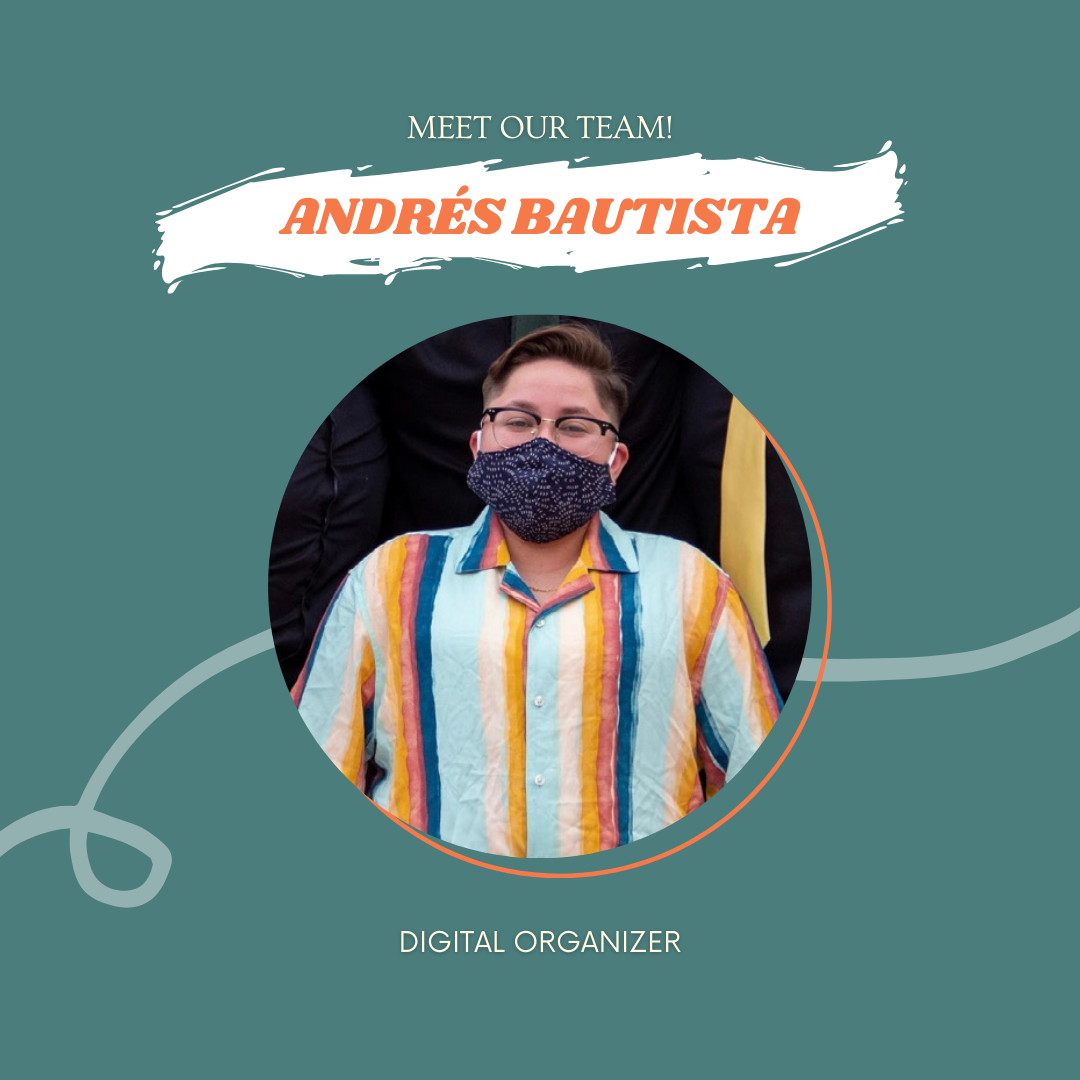 Before We Are All America, Andres has worked as both a digital organizer and field organizer for over four years to increase voting access in Arizona, build trans leadership for youth nationwide, and expand the ties between trans activists in the United States and Mexico. In addition, his experience with being raised in a mixed-status household to politically involved migrant parents has shaped his knowledge of immigration issues in Arizona.

Andres received his Bachelors in Sociology and Gender Studies at the University of Arizona. In his current role, Andres challenges anti-asylum narratives by finding opportunities to uplift the experiences of directly affected asylees who advocate for a more inclusive immigration system. He also assists We Are All America in rapid response work surrounding unaccompanied minors and extends his support to WAAA partners. 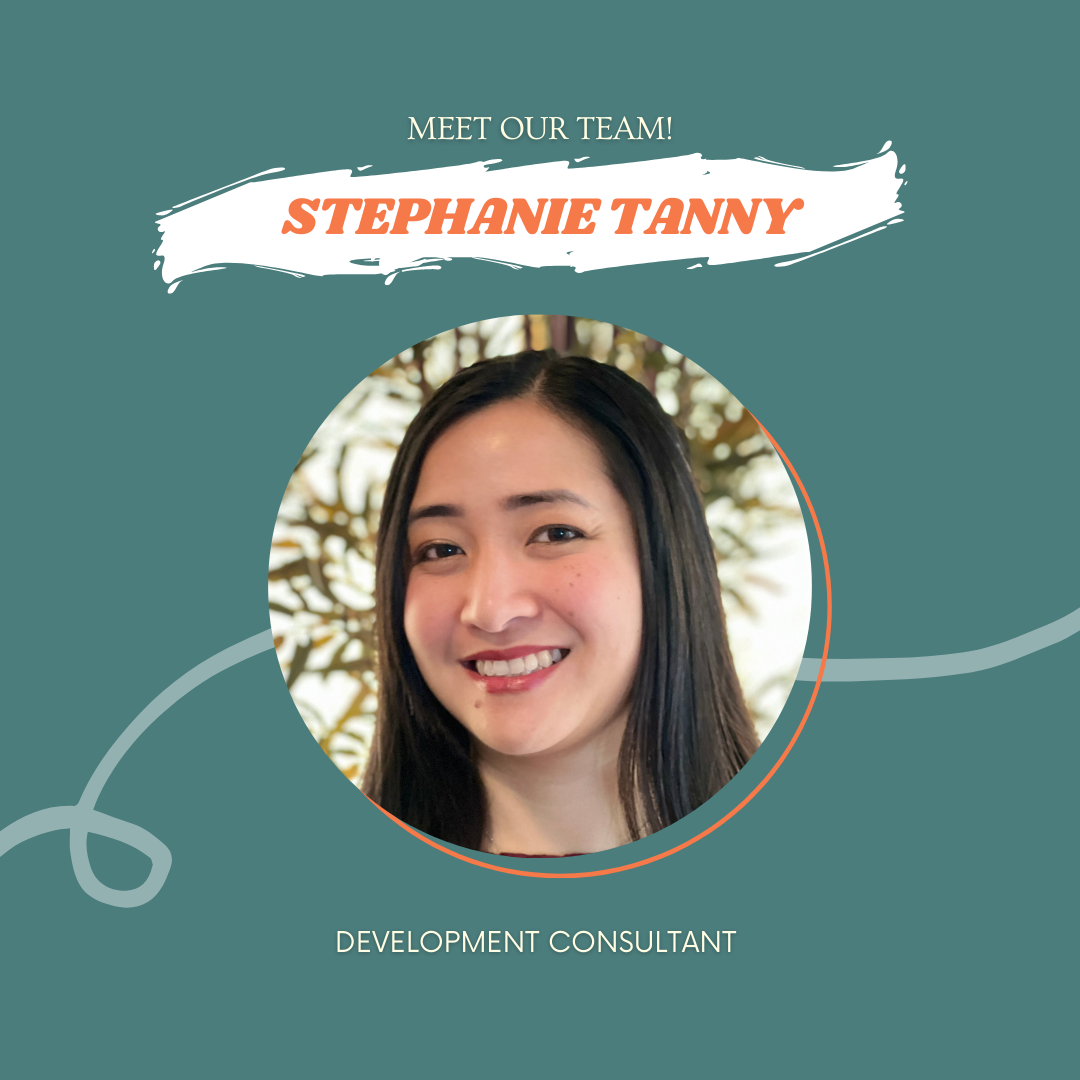 Stephanie Tanny has over 15 years of professional experience. As a Development Consultant & Coach, Stephanie has generated over $12 million for causes such as economic sustainability and conservation, immigrant rights, and sexual violence prevention. As a Certified Life Coach, she has worked with over 200 people to help them make a more significant impact in the world. Stephanie has won national leadership awards, including the Top 15 Asian American Women Leaders in 2011. MSNBC, the Westword, The White House Project, and she has been interviewed and appeared live on C-SPAN and TEDxMileHigh. As an international speaker, she has shared the stage with public figures such as President Bill Clinton, Pulitzer Prize-Winning Journalist Jose Antonio Vargas, and John Oliver from Last Week Tonight.

Stephanie and her family immigrated from Indonesia to the United States when she was two years old. She grew up in Denver, Colorado, and is highly involved. 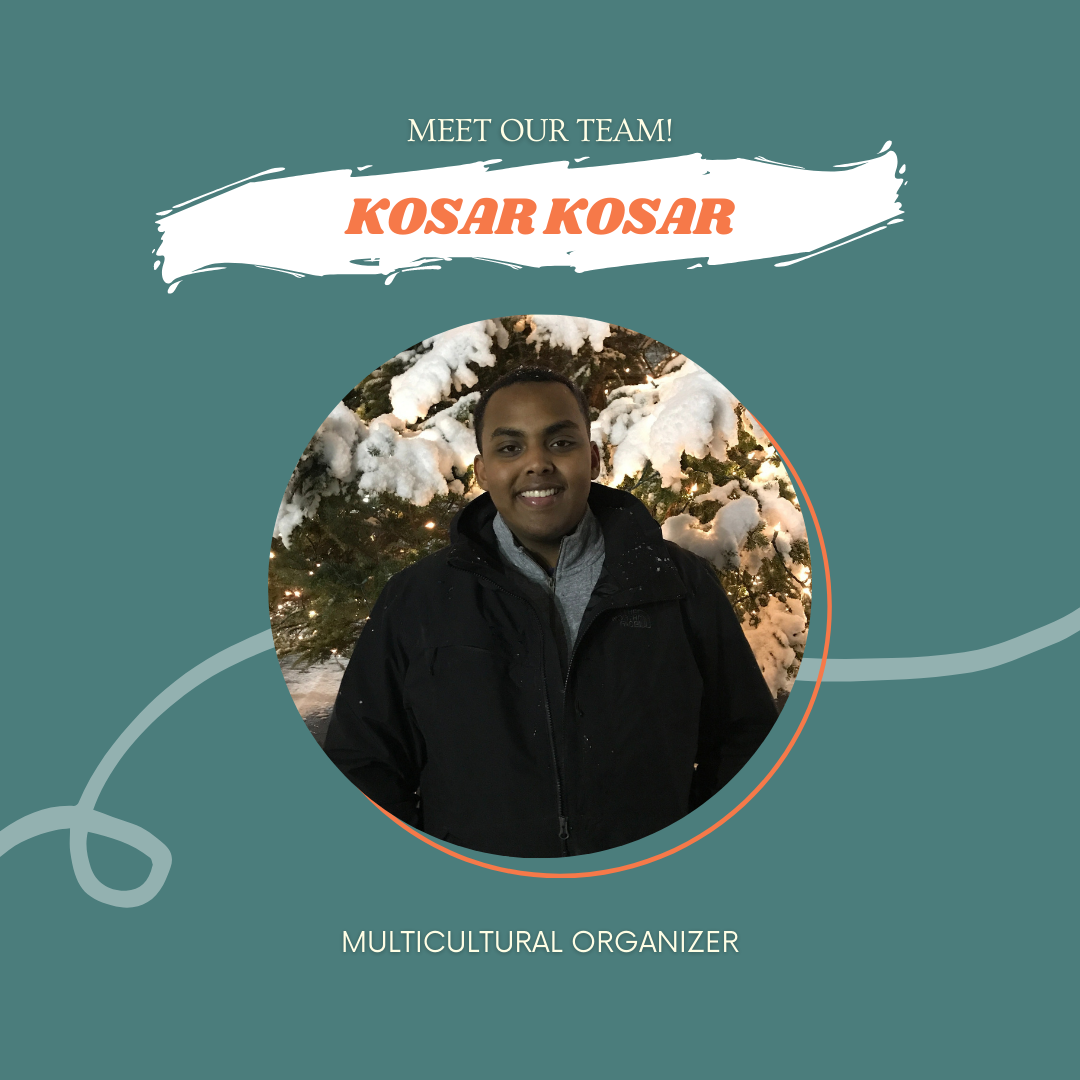 Kosar was born and raised in Nashville, TN, to Somali refugees. He graduated from New York University with a Bachelor of Arts in Politics and Middle Eastern & Islamic Studies.

Kosar serves as Multicultural Organizer at the Tennessee Immigrant & Refugee Rights Coalition (TIRRC), leading community education and outreach efforts on statewide campaigns and services to ensure that immigrant and refugee communities have accurate, accurate, and timely information about TIRRC’s campaigns and services. He leads TIRRC’s Black Immigrant Caucus, a group dedicated to creating space for Black immigrant community members and leaders across the state to connect and ensure Black immigrants can shape TIRRC’s campaign priorities and goals.

Lastly, in conjunction with his work at TIRRC, Kosar is an organizer with We Are All America (WAAA) and is on WAAA's Opportunity For All campaign. 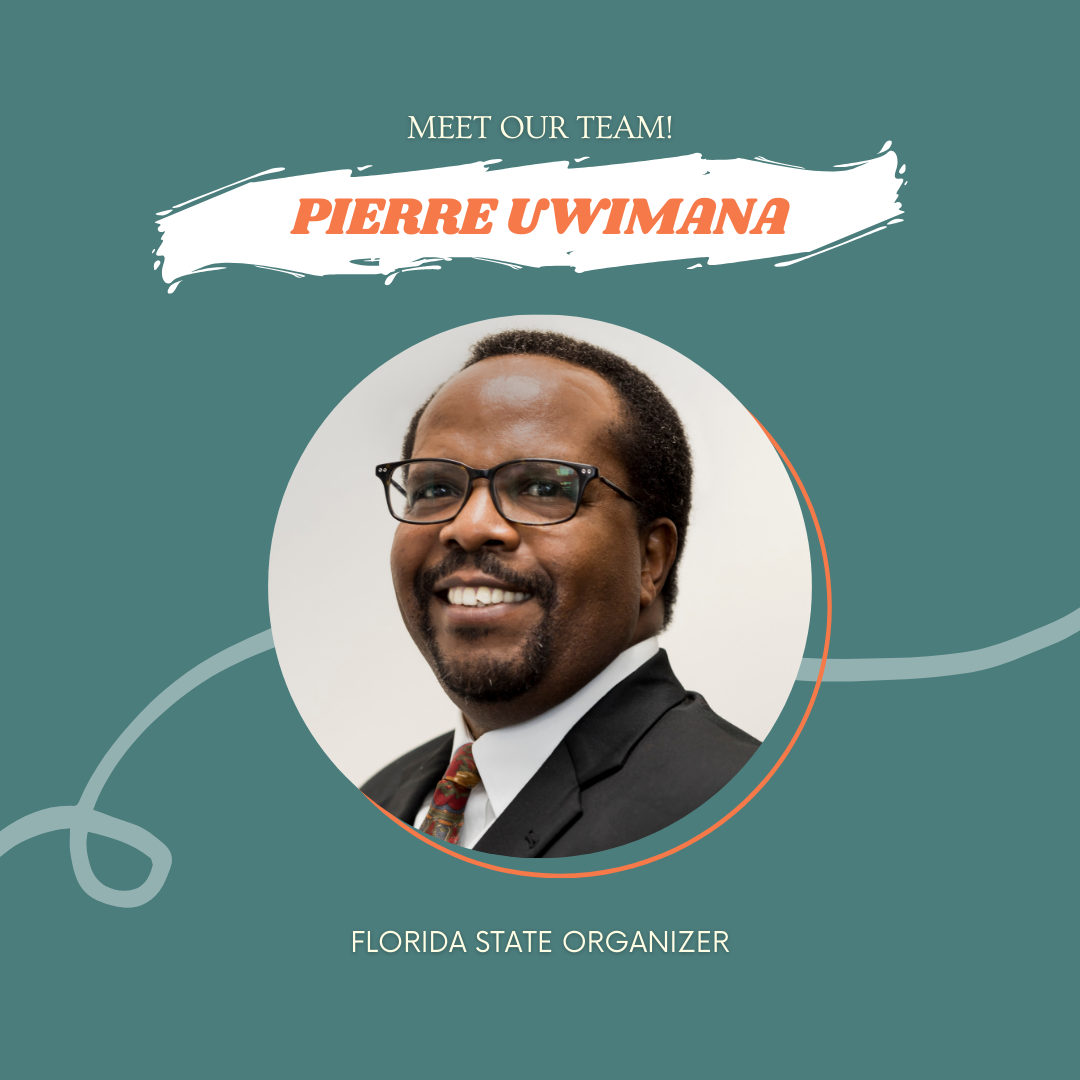 Pierre was born and raised in Rwanda and went to college in Kenya, where he earned a Bachelor’s Degree in Accounting and a Master’s in Finance. Upon completing his studies, Pierre played a significant role in rebuilding his Rwanda country after being torn apart by genocide, which happened in 1994. During his service in Rwanda, he started as a Program Expert in the Ministry of Finance and Economic Planning; he later moved to Rwanda Investment and Export Promotion Agency as Deputy Managing Director in charge of Export Promotion.

After successful service, he was promoted to Kigali City Manager. As he kept on growing in his professional life, Pierre realized that his passion for seeing the most vulnerable lifted out of misery was not being recognized as he wanted to, so he decided to move to a service in a non-profit organization. He joined World Relief Rwanda, where he served to empower the local church to do the most vulnerable in the capacity of Program Director. 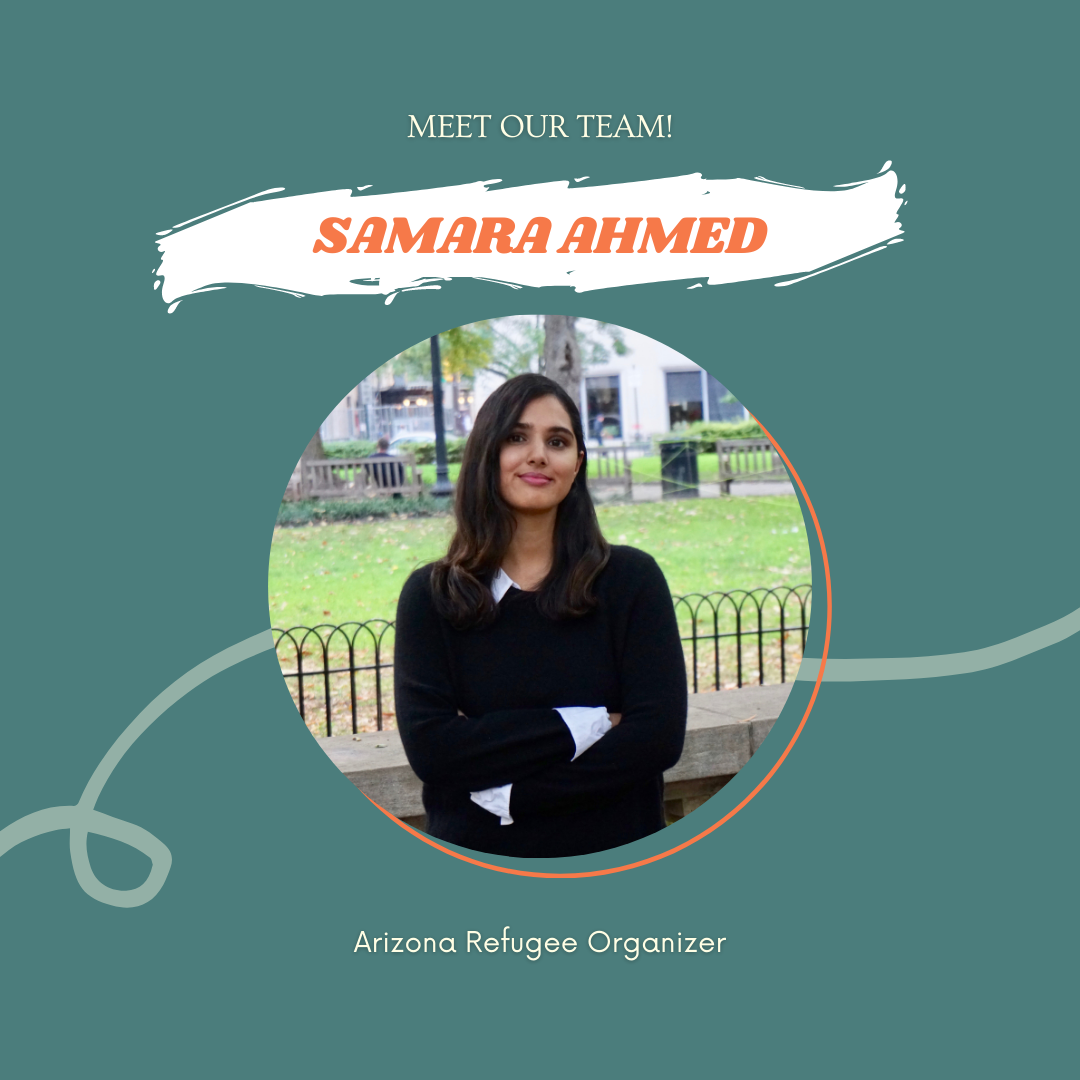 Samara is a Muslim-American passionate about telling stories that humanize and empower communities undercovered by the mainstream media. Her parents are immigrants from India, where she spent her summers as a child.

During graduate school, she wrote stories about the South Asian community, juvenile justice, and housing. She also received the Gitelson Award for Human Values for her work raising awareness about the humanitarian crisis in Myanmar. In her free time, she enjoys traveling, reading, and hanging out with her rescue dog, Dobby. Kawser Amine was born and raised in Kabul, Afghanistan. She earned a bachelor’s degree in general management and specialization in international relations at the Indian School of Business Management in New Delhi, India. She has worked with different parts of society as a Young Women Leader and Peace Activist in leadership positions to improve the participation of women in the leadership, governance, politics, and peace process, sport, of Afghanistan. Her uses her position and experience as a former Athlete in Afghanistan national soccer team, for 9 years, women's rights activist, and education gives her passion to bring light to specific issues concerning women's rights.

Kawser funded the women leadership club/Women's soccer club in American University of Afghanistan (AUAF). She has worked as a leadership program assistant office of the national security council in Afghanistan, as well as a political analyst for the secretary council of Afghanistan in the presidential office ARG gender program, and adviser in the ministry of women affairs. 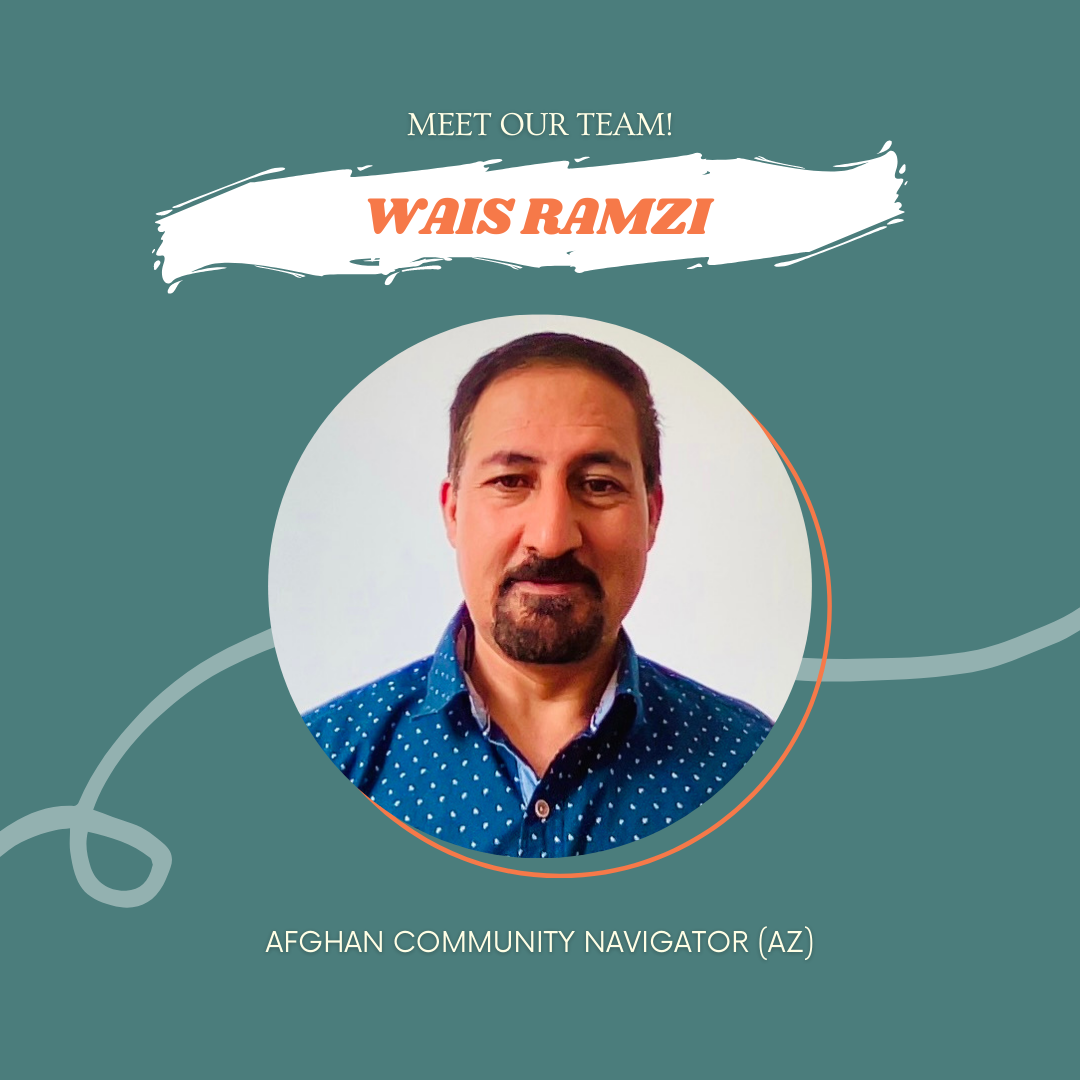 Wais Ramzi is the Afghan Community and Housing Navigator based in Phoenix, Arizona. He was born in Afghanistan, where he studied Social Work at Kabul University until he was forced to flee his war-torn homeland. After fleeing from Afghanistan, Mr. Ramzi went to Iran, where he taught Afghan children who could not access the public education system. From there, Mr. Ramzi went to Russia and Austria in search of safety. In Austria, he assisted Afghan refugees in accessing community resources such as transportation, education, government benefits, affordable housing, healthcare, and other necessary services.

In 2007, Mr. Ramzi arrived in Phoenix, Arizona. Since then, he has been well connected with the Afghan Community in Arizona. He assists newly arrived Afghans to support their successful transition to life in the U.S. He also advocates for culturally relevant and linguistically appropriate services to help them in their path to self-sufficiency. 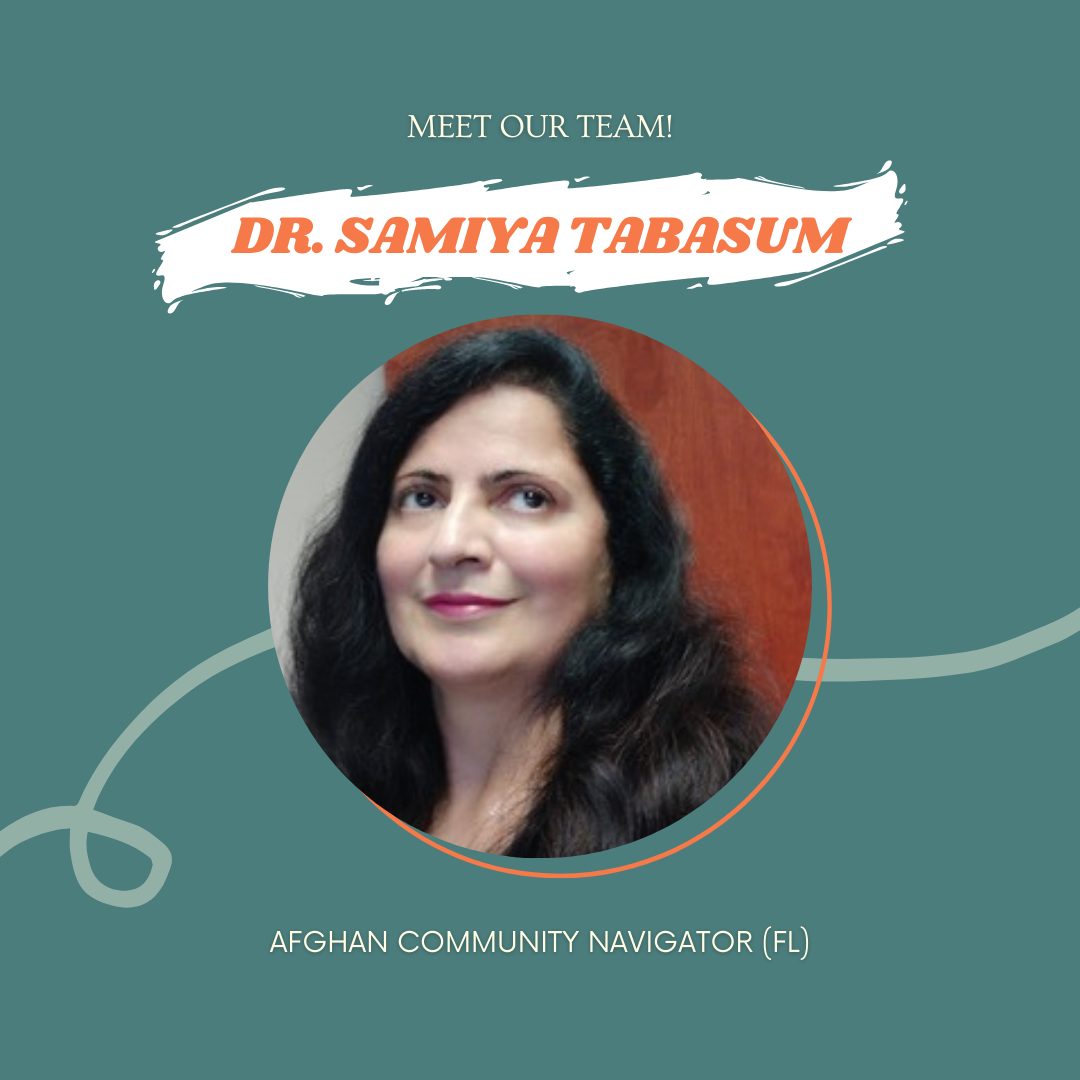 Dr. Samiya Tabasum is originally from India, where she was a Professor of Law and was the Director and Principal of different Law Schools before coming to the USA when she was offered a scholarship for a Master’s (LL.M) in Intercultural Human Rights course in St. Thomas University College of Law, Miami Gardens Florida which she completed with Honors. She has authored five
books as a sole author in Family Laws, Intellectual Property Rights, Human Trafficking, Women and Law, and Human Rights. She is the researcher of the Rights of Indigenous Peoples, domestic violence, child and drug trafficking, and immigration laws. She has 32 International and National research papers at credit, most of them published in peer-reviewed journals. She has organized
several Seminars, Conferences, Workshops, and colloquia on different topics. She has supervised many law students in their master’s dissertations.

Dr. Tabasum also worked as a Paralegal and was associated with a domestic violence rehabilitation center in Florida, helping people apply for different federal benefits. She is also a volunteer of the Afghan
Refugees. 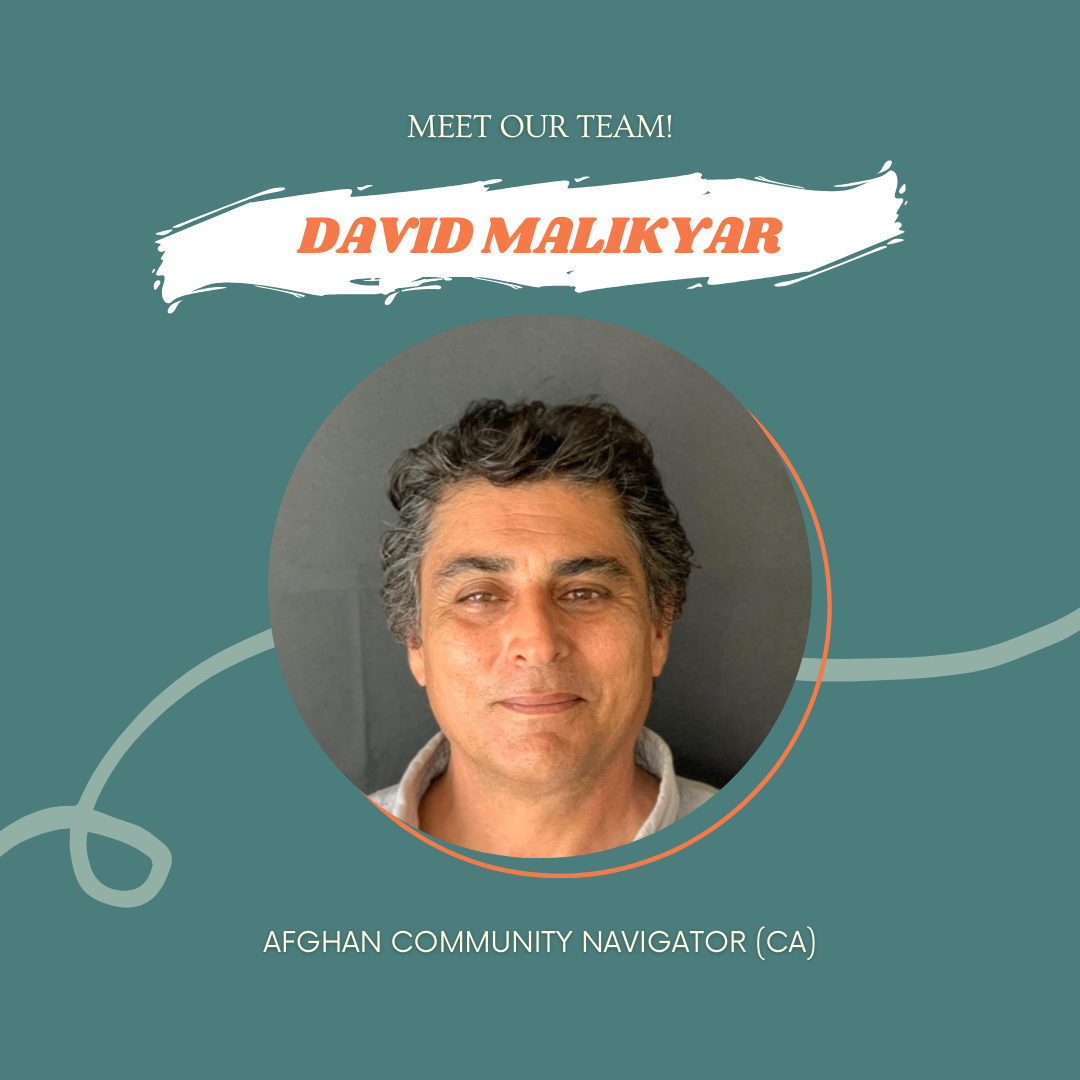 David Malikyar was born in Kabul Afghanistan and has been a refugee in the U.S since the Soviet invasion of Afghanistan. David has been working with Refugee populations for 30 years plus David is the son of a career Diplomat father and a mother who was an educator at the University of Kabul.

David has been a cultural advisor and linguist for 3 decades.David is known for his ability to build an immediate rapport with individuals of all walks of life, he has worked extensively with the U.S  Department of state and Department of Defense, as well as Department of Homeland security. David has been responsible for creating and overseeing Simulated battle field and Role play simulations to include KLE or Key Leadership engagement scenario for the armed services. David has been a liaison between Government officials and civilians of various ethnic backgrounds  both in the U.S and Afghanistan.David has travelled and worked on humanitarian grassroots efforts in Afghanistan for the past 20 years with 18 trips to his credit.