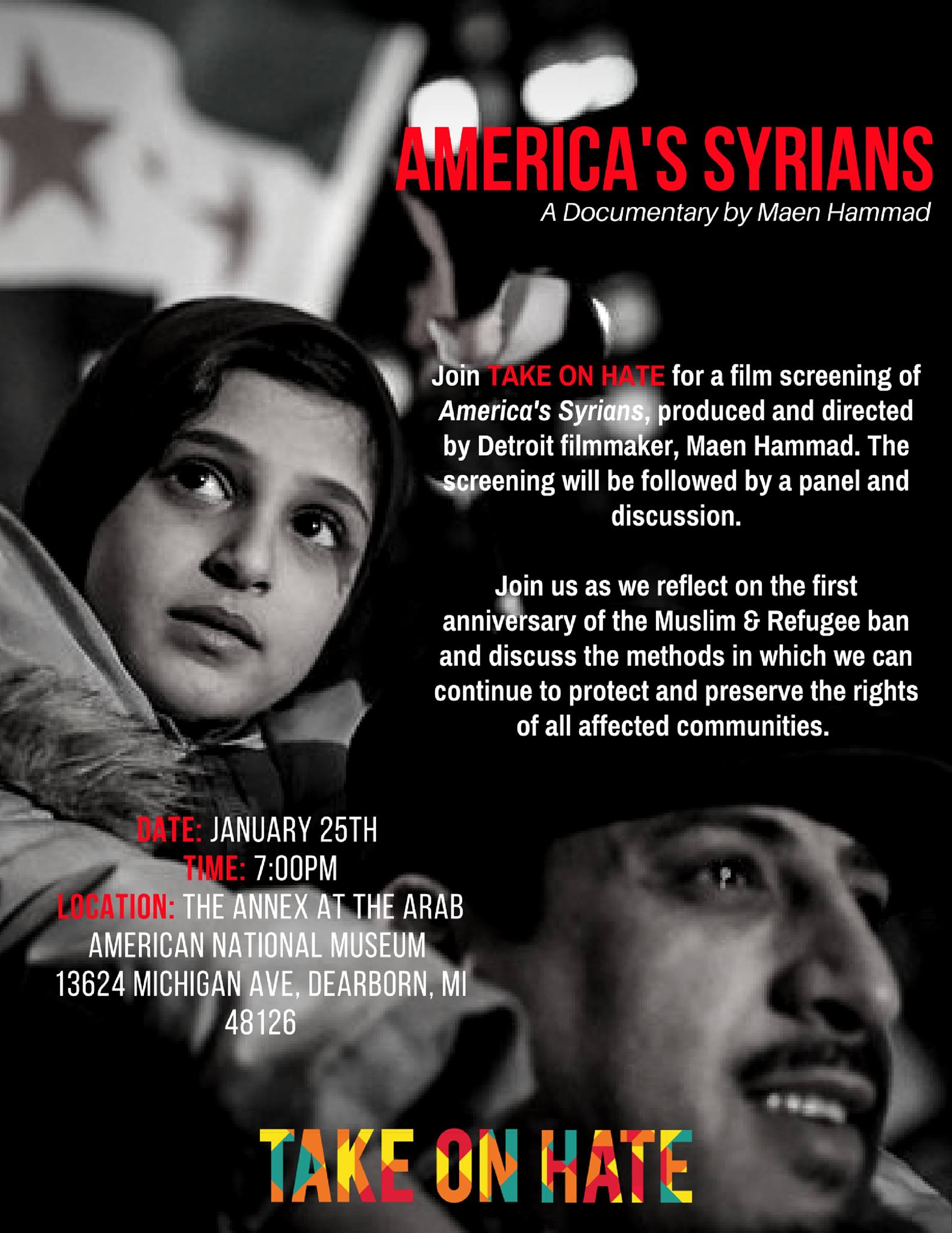 Join the Campaign to TAKE ON HATE as we reflect on the one year anniversary of the Muslim and Refugee Ban, and discuss the methods in which we can continue to organize to protect and preserve the rights of our community and all other communities affected by the Trump Administration's policies and attacks.

We will be screening the film "America's Syrians" directed and produced by Detroit filmmaker, Maen Hammad. The film will be followed by a panel and discussion.