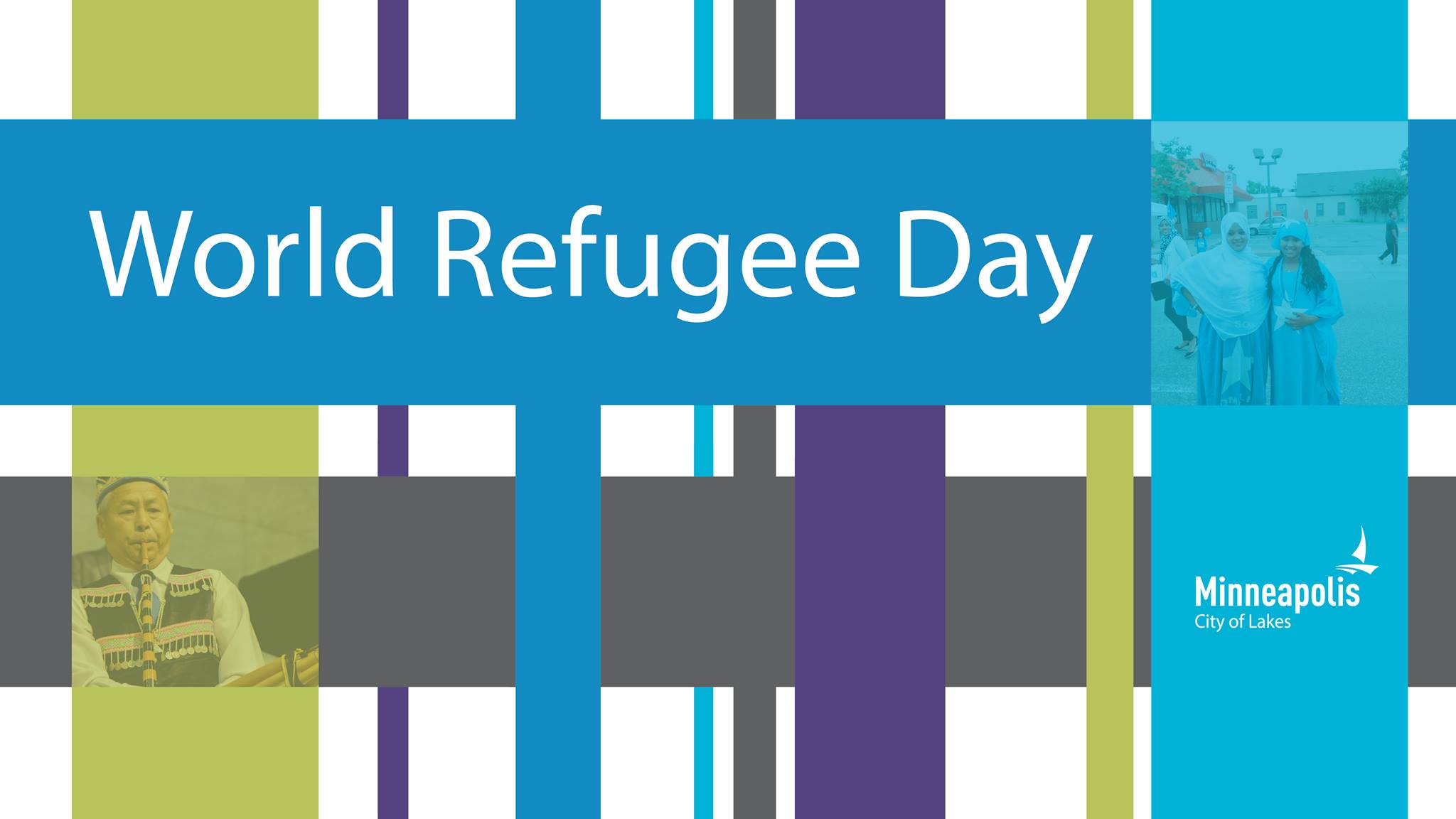 The City of Minneapolis is celebrating World Refugee Day on Thursday, June 20 with festivities and a speaking program in City Hall’s Rotunda. A panel discussion with community leaders will follow in the afternoon.

World Refugee Day, established by the United Nations, recognizes the many millions of people who are forced to leave their homes because of war, conflict and persecution.

The City of Minneapolis World Refugee Day celebration is organized by the City’s Neighborhood and Community Relations Department’s Office of Immigrant and Refugee Affairs (OIRA) and 2020 Census We Count campaign. Learn more about how the City is working to ensure immigrants and refugees are counted in the 2020 census at minneapolismn.gov/census.

1:30-3 p.m.
Room 319
Panel discussion on the strengths, contributions and challenges faced within refugee and asylee communities with leaders from Black Immigrant Collective, International Refugee Assistance Project, the Tibetan American Foundation of Minnesota, Isuroon, the Lao Assistance Center of Minnesota and the Minnesota Council of Churches.