We Are All America works to uphold and strengthen our nation’s commitment to welcome and protect those seeking freedom, safety and refuge in the United States. We organize people across religious and cultural differences to build inclusive communities where we all belong.

How We Got Started:
Over the past several years, We Are All America has led the emergence of an effective national organizing infrastructure that can mobilize public support for people fleeing violence and persecution, counter nativist forces, and develop more welcoming policies and practices in this area at the federal and state levels.

We Are All America was founded in direct response to the hate and vitriol attacks of the Trump administration by leading resettlement agencies and other national partners, including; Church World Service, Lutheran Immigration & Refugee Services, National Partnership for New Americans, Refugee Congress, Refugee Council USA, Alianza Americas and International Rescue Committee.

The We Are All America campaign has significantly increased the number of state-based organizers, from five states in 2017 to 21 states today. Our collective field represents the largest national grassroots organizing effort on behalf of refugees and asylees in the nation -- largely composed of organizers who, themselves, have come to the US as refugees and asylees and are overwhelmingly Middle Eastern, African, and / or Muslim Americans.

We Are All America 2021 - Refugee Organizer Map 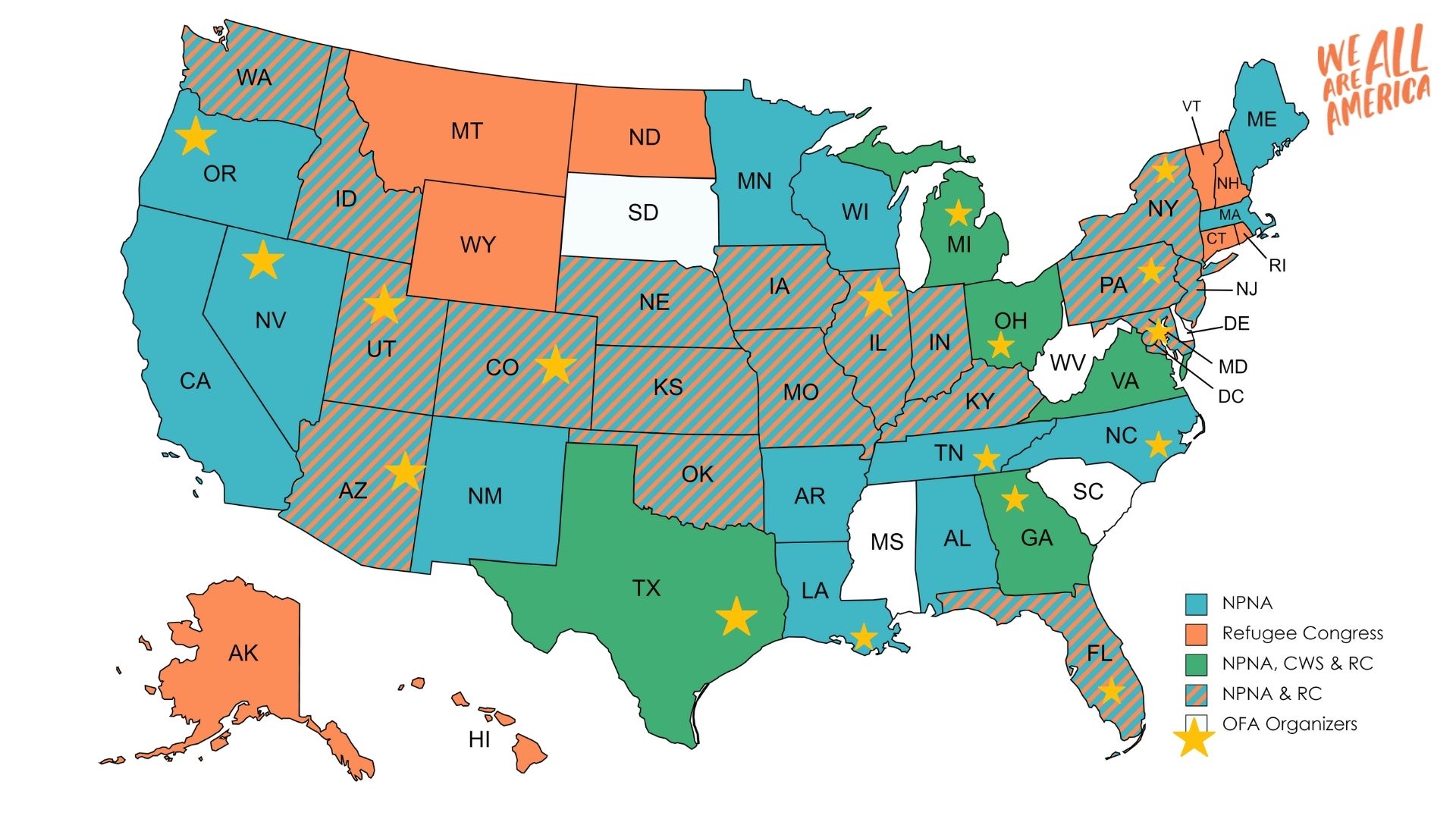