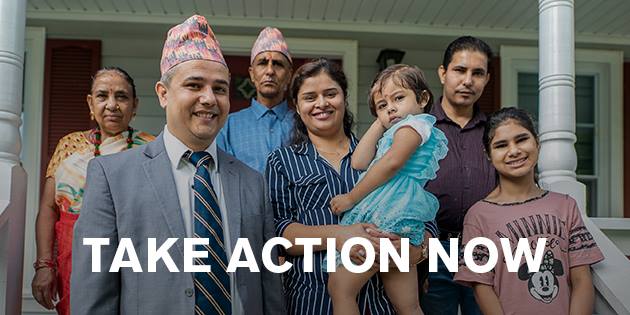 September is an important month for refugee resettlement. It is the month leading up to the "Presidential Determination" on October 1st, the announcement of the number of refugees that American will accept in the following year. This year the U.S. only accepted 25,000 of the 45,000 promised. This Welcoming Week let's join together to call and write our elected officials to demand that the US admit at least 75,000 refugees in the next fiscal year.

Tell Congress refugees have waited long enough to find safety! Currently, refugee arrivals in the U.S. are at their lowest levels in the history of the U.S. resettlement program. Our country's retreat from refugee resettlement leaves families and children in harm's way overseas. The U.S. is on track to only admit half the number of refugees we committed to this year, while tens of thousands await resettlement. We need you to act now!