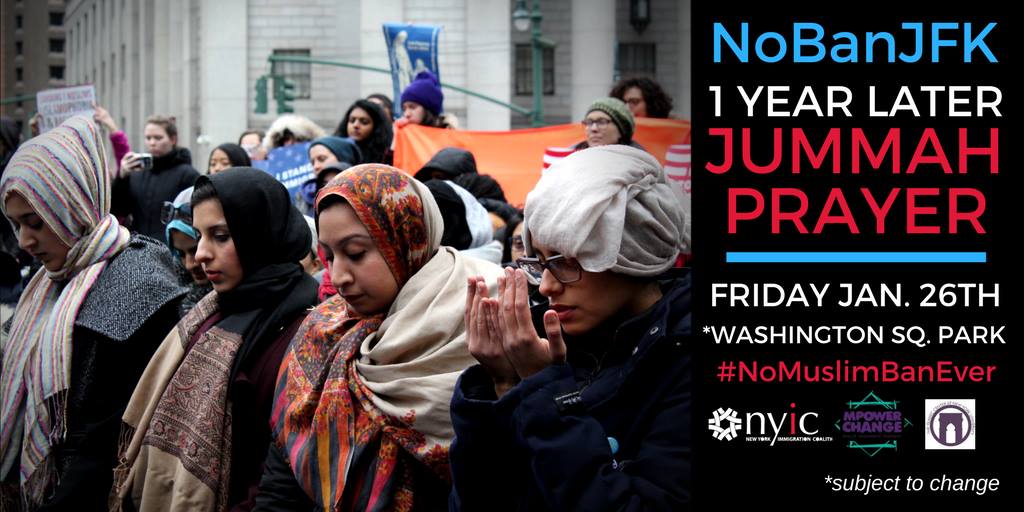 To honor the millions who are still suffering from the Muslim Ban, and those of who every day dedicate time and labor to fighting this discriminatory policy, the New York Immigration Coalition invites New Yorkers to join us in a Jummah prayer on the anniversary of No Ban JFK.

Allies will join hands and build a "wall of protection" around those praying, to stand in solidarity with the Muslim community and say loud and clear: No Muslim Ban Ever.