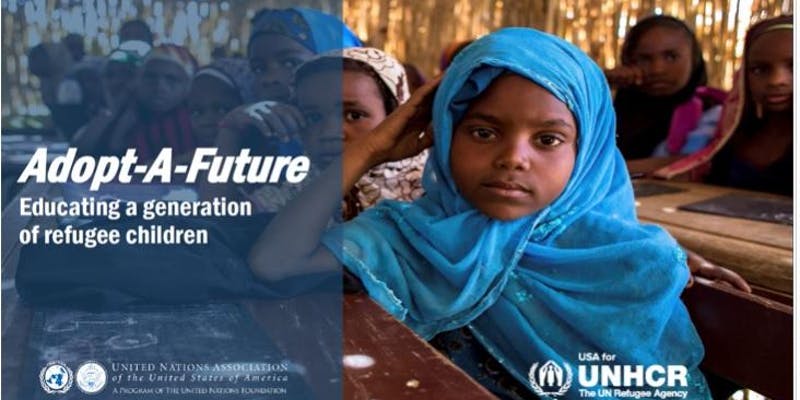 When young people are forced to flee their homes — they are also abandoning their education. A refugee child that is not in school is at risk of being harmed, trafficked or radicalized by extremist groups.

The UN refugee agency, UNHCR, is working to prevent a lost generation by educating refugee children in camps and other settings around the world. But they need our help.

In response to this call, UNA-USA has recently partnered with USA for UNHCR — the only organization in the United States authorized by UNHCR to raise awareness and funds for the United Nations — to launch the Adopt-a-Future initiative, which links Americans directly to students and schools around the world.

The campaign enables partners and supporters to raise funds to support either refugee education worldwide or to build a classroom for a specific refugee serving school. The program will focus on supporting schools in two UNHCR camps in Kenya (Dadaab and Kakuma).