Where Are the Refugees Press Conference 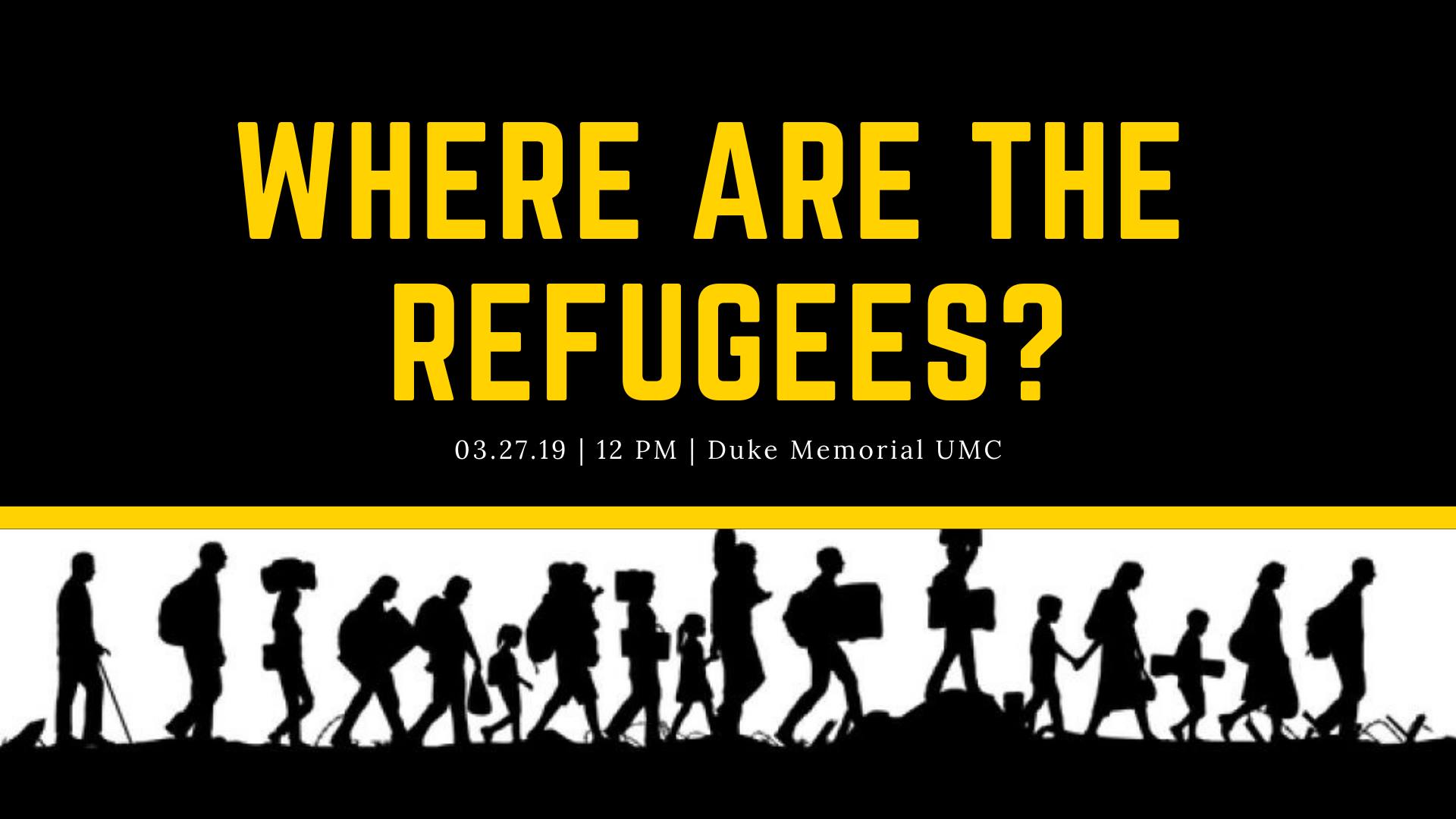 As we approach the halfway point in the federal fiscal year, CWS Durham is protesting the low number of refugees admitted into the U.S. We believe that we have a moral responsibility to hold the Trump administration accountable for slashing the U.S. refugee admissions program by 75 percent.

We are in the midst of the worst refugee crisis in history. With global need at its highest, the Trump administration has chosen to dismantle the U.S. refugee resettlement program and reverse our nation’s history as a world leader in refugee protection.

The administration set a record-low refugee admissions goal of 30,000 for fiscal year 2019, and is currently on track to resettle only 21,000 refugees this year. Together, we ask #WhereRtheRefugees?

Refugees who we promised to protect are still awaiting safety, and families have been separated for years because of these drastic reductions. So let's say something!

Join us for a press conference to address the low refugee arrival rate and let your elected officials know that we notice!