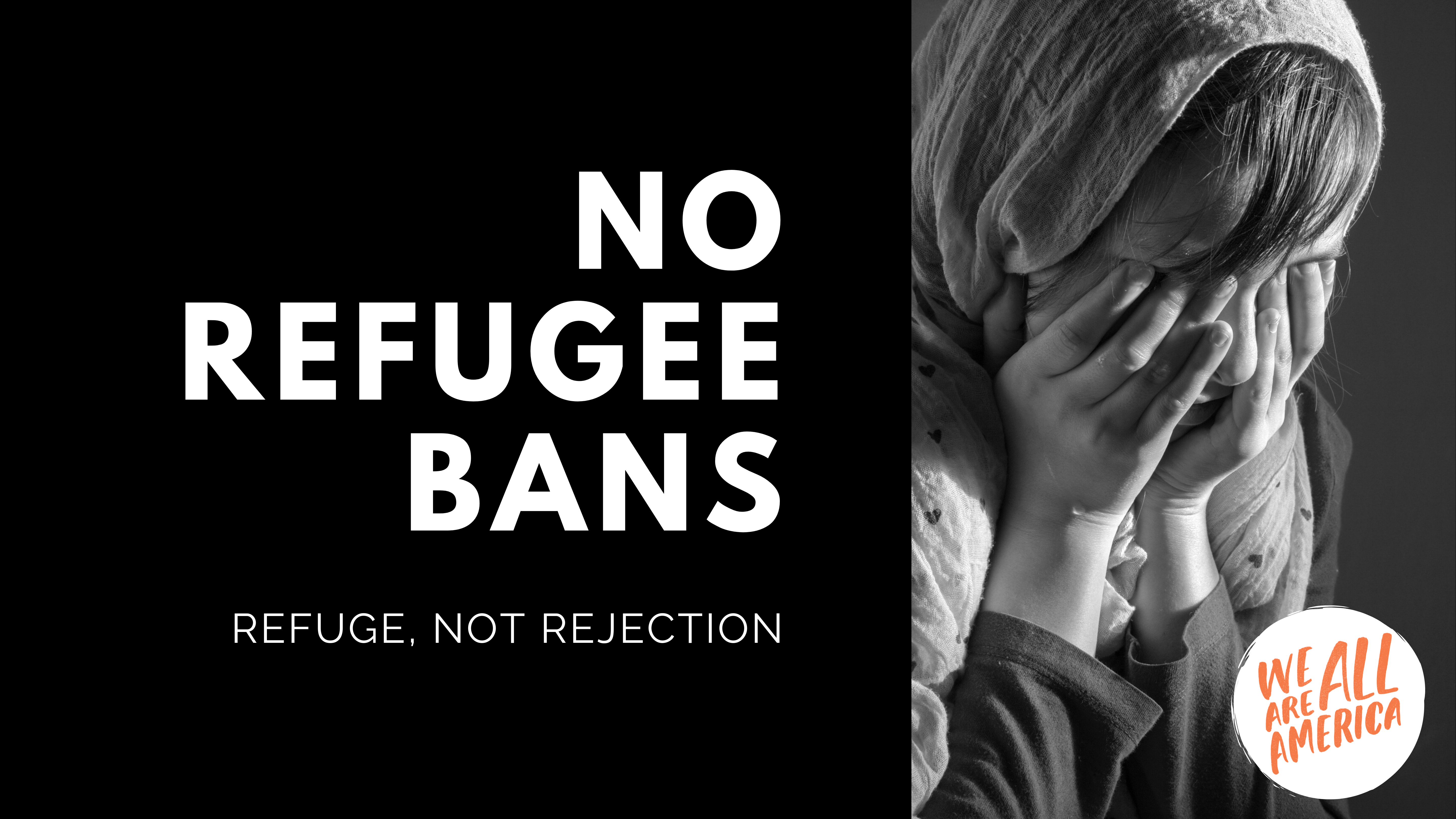 On the heels of Trump barring virtually all refugees from seeking asylum at the U.S. southern border, now the U.S. Refugee Resettlement Program is on the verge of being completely dismantled. During the worst global refugee crisis in history, President Trump has just set the refugee resettlement cap at 18,000 people (an over 80% reduction from the historic average) and instituted an executive order allowing states and local jurisdictions to ban refugees. These measures will continue destroying refugee resettlement in the United States, with detrimental consequences to U.S. foreign policy and to the people most in danger worldwide. During this difficult time, refugee organizers, resettlement agencies, and coalitions across the country are coming together and responding by taking action. We Are All America and our partners ask you to join us in calling for national Rise for Refuge actions throughout September and October.

Led by impacted communities (refugees, asylees and immigrants), Rise for Refuge aims to fight back against the illegal and immoral refugee and asylum bans. Missed our webinar? Click here for the recording, and learn how you can take action.

We are calling on Members of Congress to do everything in their power to end the administration's attacks on asylum seekers and return refugee resettlement to historic norms. The administration has already decimated the U.S. asylum system and refugee resettlement program. These refugee bans have grave, long-term implications for U.S. foreign policy and for people most in need of humanitarian protection.