This is Home - Documentary Screening 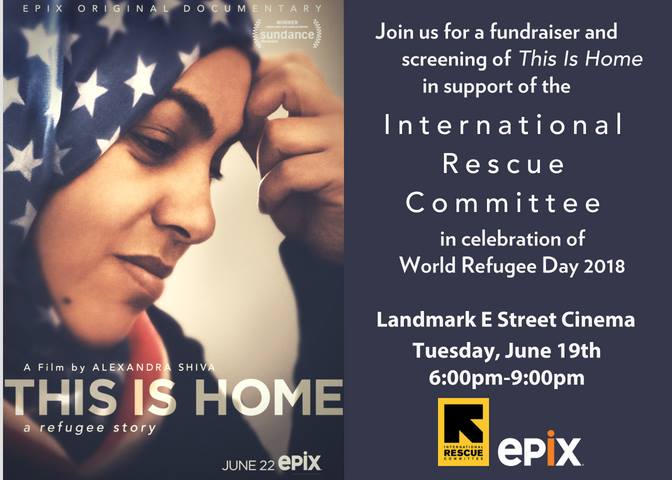 EPIX and the International Rescue Committee in Silver Spring invite you to a community screening of the film This is Home on Tuesday, June 19th at Landmark's E Street Cinema.

The film goes beyond the statistics, headlines, and political rhetoric to tell deeply personal stories, putting a human face on the global refugee crisis. The film follows four Syrian refugee families arriving in America and struggling to find their footing. Displaced from their homes and separated from loved ones, they are given eight months of assistance from the International Rescue Committee in Baltimore to become self-sufficient. As they learn to adapt to challenges, including the newly imposed travel ban, their strength and resilience are tested.

The screening will be followed by a panel discussion and reception.