Where are the Refugees? A Year After the Ban 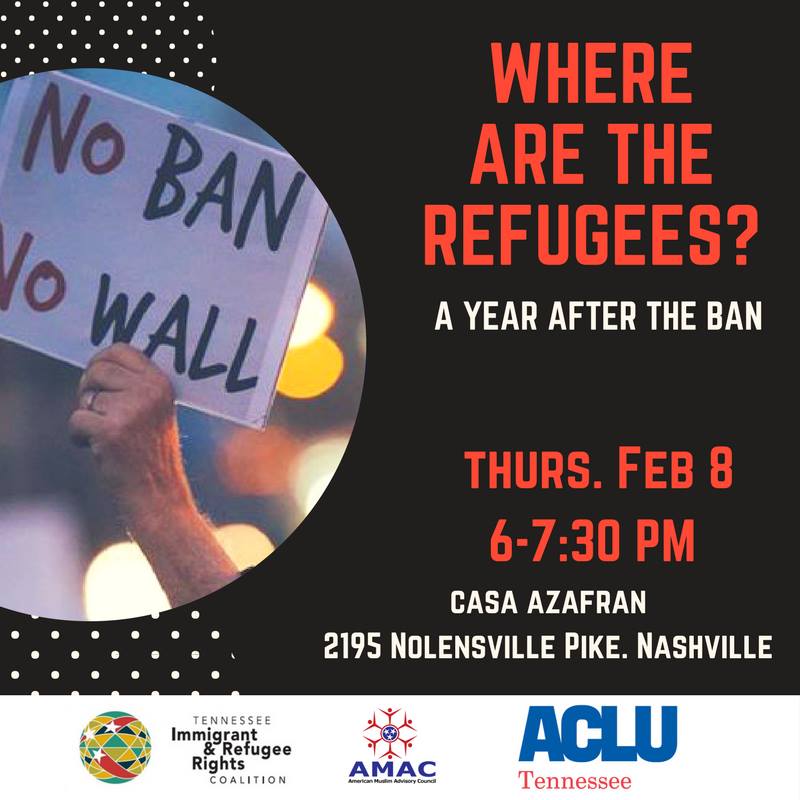 It's been one year since Trump issued his first travel ban, blocking individuals from several Muslim-majority countries—and all refugees—from entering the country.

One year later, the president has effectively dismantled the refugee resettlement program. In the midst of the global refugee crisis, the U.S. is on track to resettle a shameful 15,000 refugees this year - a dramatic cut from the 110,000 President Obama pledged in 2016.

Join Tennessee Immigrant and Refugee Rights Coalition [TIRRC], American Muslim Advisory Council (AMAC), Catholic Charities of TN - Tennessee Office for Refugees, and ACLU of Tennessee to learn more about the current state of the refugee resettlement program, the ongoing attacks on immigrant, refugee, and Muslim communities, and what we can do to fight back.