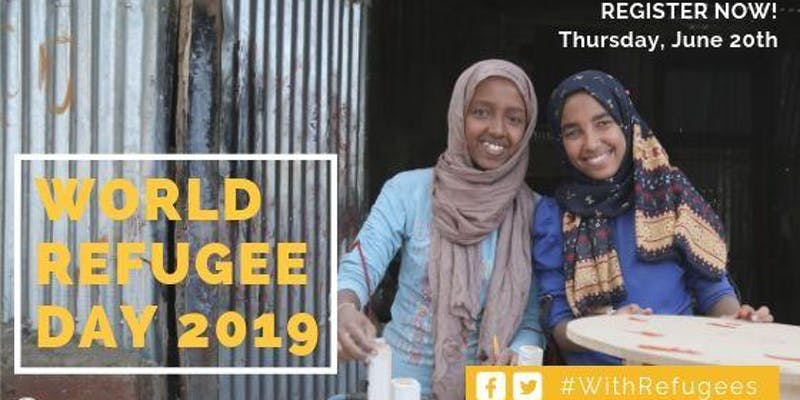 About the Event: Sub-Saharan African countries host the second largest number of refugees in the world, with nearly 6.6 million displaced people as of 2018. Despite open borders, progressive refugee policies and the support of development organizations and host communities, many refugees still have limited access to services such as education and health care, hindering their ability to develop the skills needed for self-reliance or to contribute to the betterment of their host communities and home countries. What will it take to expand access to education, health care and skills development among refugee communities?

Featuring Jaja Bashengezi: Global music icon Jaja Bashengezi was forced to flee from his Lake Kivu home in 1994, when the Rwandan genocide began to spill over into Eastern Congo. Carrying only a small bag and his acoustic guitar, Jaja crossed Lake Kivu, headed north to Goma, finally arriving in Kampala on a truck filled with merchandise. He was granted refugee status and sent to a camp, but his musical talent brought him back to the city, where he became one of Kampala’s top soukous musicians. His open spirit and wide-ranging talents are the product of his experience as refugee, always moving and being exposed to new sounds, instruments and perspectives. Jaja now composes music in six languages (French, English, Swahili, Lingala, Luganda and Mashi) and draws inspiration from traditional instruments and music from countries throughout the region. He uses his platform to advocate for peace, shine the light on global social issues, and stand as voice to the voiceless.

Matt Reynolds, UNHCR Regional Representative for the USA and the Caribbean

(Light refreshments at the end of the event).